Francis Zammit Dimech
Francis Zammit Dimech contested the general elections for the first time in 1981 and was elected to Parliament in 1987. As Minister he was responsible for different portfolios, ranging from transport and commucations to environment, and from capital projects to tourism.

I was a Law student and President of the University Students’ Council when Dr Eddie Fenech Adami became Nationalist Party Leader in 1977.

These were turbulent times.  Labour had achieved its second electoral victory a year earlier in an atmosphere of corrupt practices and serious abuses – in particular through intimidation of elderly patients at St Vincent de Paulle, violence in various polling areas, food poisoning during the counting of votes, and gerrymandering of electoral districts. I was later tasked to research in detail what had happened and produced the book The Poll of ’76.  A court case to contest the ’76 Election result had to be abandoned after that Government interfered with the composition of the Constitutional Court  following a preliminary ruling against it.

It is against this background – and worse, since violence, intimidation, corruption, and total disregard of the rule of law had become the order of the day, that we need to examine the leadership offered by Eddie Fenech Adami to the Party and the country.

One of his priorities was to broaden the electoral base of the Party. He set the tone in his first speech as Party Leader by affirming that the Party would stand up for the rights of workers.

Another priority was to reach out to Maltese people living abroad.

Labour sought to belittle him – depicting him as a baby in diapers who stood no chance of defeating their political giant!

History stood on his side.  He grew in stature and not only gained the respect of Nationalist supporters but also of many Labour sympathisers.

His first major test was when his house was ransacked on 15 October 1979, and his family members – including his mother, wife, and children had to seek refuge in their neighbours’ abode.  It was the same day when ‘The Times’ building was burnt down.  He appealed to the Prime Minister to ensure that matters would not escalate further and that the Nationalist Party Headquarters be protected since those Headquarters were the next target for the violent thugs who would cause mayhem without any control from anyone. 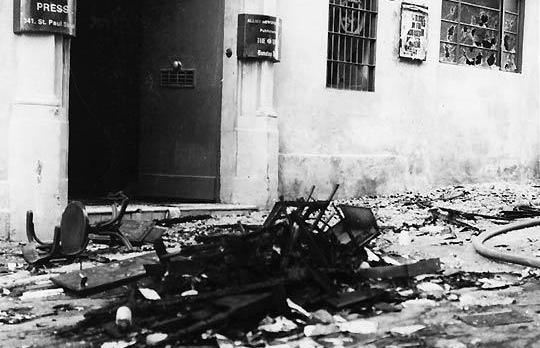 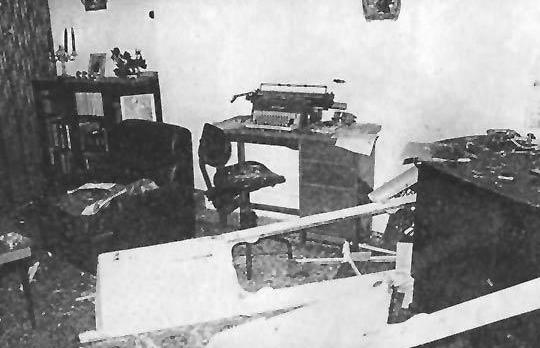 A Mass Meeting was convened outside his home and he never looked back.  As of that date he was the national leader to whom persons of good will and of different convictions looked up for guidance.

Eddie became a political icon who will be recognised by historians as the person who restored democracy in Malta not least by making the European Convention on Human Rights an integral part of our laws. He was the Prime Minister who liberalised commerce, broadcasting, saw to the introduction of Local Government, transformed the country’s entire infrastructure – deciding on a new power station and ensuring security of supply, setting up new reverse osmosis plants to ensure no further interruptions in the supply of water, introducing the country’s digital telecommunications platform as well as launching mobile telephony, liberalising the banking sector, doing away with prohibitive and abusive import restrictions,  and building our new air terminal.  This list is only meant to offer a sample of his achievements and is by no means comprehensive.  That is apart from giving back a future to education and transforming the health sector.

Above all, he was the person who despite harsh opposition from the Labour Party that had conducted a systematic scaremongering ‘NO’ campaign, secured Malta’s membership of the European Union.

The road to lead the country as Prime Minister was a tortuous one. In the first general election contested by him as Party Leader, in 1981, the Party obtained for the first time ever since Independence an absolute majority of votes.  None the less for over five years the Party had to remain in Opposition because of a warped result that placed the minority Party in Government.

Eddie displayed tremendous courage in leading an incessant campaign which ultimately led to an amendment to the Constitution to prevent such a perverse result ever repeating itself. The amendment was a crucial one since in the 1987 General Election when he became Prime Minister the same perverse result would have emerged had it not been for this constitutional amendment secured only a few weeks before that Election.

It didn’t just happen. It followed weekly political manifestations, boycotting Parliament for a period of time, suffering violence which unfortunately culminated in the political murder of a Nationalist activist, boycotting the State broadcasting station, resorting to broadcasting from outside the country to convey the Party’s message, above all: never faltering from remaining determined, resilient and believing that right will prevail over wrong.

The mettle of Eddie’s leadership remains of inspiration to each and every one of us.

For me it was and remains a unique privilege to have worked closely with him and to have served as Minister in all the Cabinets which he led as Prime Minister.

I can never sufficiently express my gratitude while spreading the message which he always upheld and which will always inspire me in my own political work. Look upon politics as a means to be of service to others and never for your own sake.