Austin Gatt
The Hon. Dr. Austin Gatt was a Minister in Eddie Fenech Adami's cabinet and served as Secretary General of the Partit Nazzjonalista from 1987 to 1996.

If ever there was a phrase that epitomises Eddie Fenech Adami it must be “Is-Sewwa Jirbah Zgur” – coined by him, repeated ‘ad nauseam’, ridiculed by opponents and hardly believed by friends, in three short words it encapsulated all that Eddie believed in. 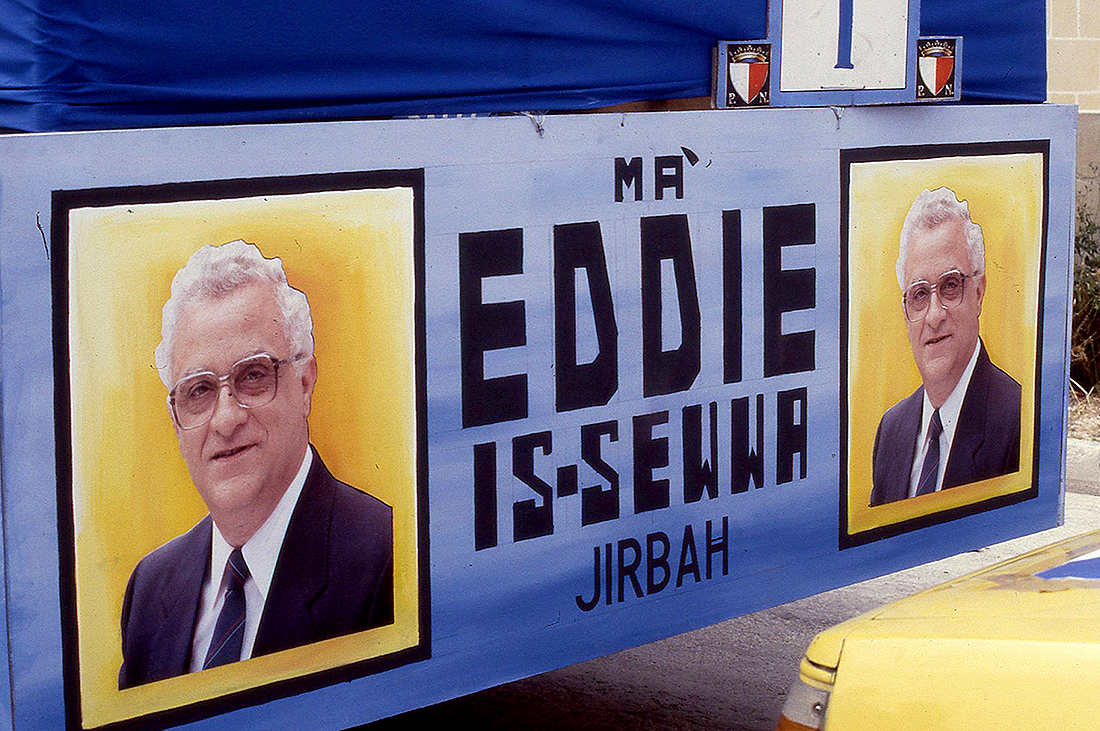 It was no mere slogan – it was a mantra born of deep conviction, coming from his Catholic roots nurtured at the foot of the Jesuits and the Social Action Movement and honed with the Christian Democratic principles that so encapsulated what Eddie believes in (that you are in politics to serve and that in the eternal fight between good and bad, the former will always win …. although sometimes it will take a bit of a long time!)

When Eddie speaks of “Sewwa” he is speaking about moral rectitude and the basic principles by which one lives one’s life – he is not referring to some strategic political decision that can go either way.  In the context of the times he steadfastly repeated “Is-Sewwa Jirbah Zgur” when all moral principles, all basic political rules had been thrown out of the window. “Is-Sewwa” meant no to institutional corruption, no to the toleration of political violence, no to a police state with the police force acting as the commandos of the party in Government, no to the politicisation of daily life, no to discrimination, no to favouritism.

“Is-Sewwa Jirbah Zgur” did not really mean a new way of doing things.  It meant that the way things were being done was not on; it was “Il-Hazen”.  An age old fight between the Virtuous and the Sinful found in the Old and New Testaments and in practically any religion and philosophy whatever its origin.  That dichotomy between good and bad was applicable to political life as much as it was applicable in morality and religion and for Eddie it was an obvious thing to say.  At the same time it was not religion stepping into politics, it was merely a moral concept applicable to both religion and politics.

What distinguishes Eddie from many politicians is that he believed that there was one set of principles that you professed and that guide you.  No compromises.  Right is Right and Wrong is Wrong  and there is no grey area in between.  Tactically and strategically a politician needs to twist and turn but every turn you make, you make to achieve your principles.  This was obvious to everyone who knew him as was also very obvious the fact that he would not compromise his principles for political expediency – what a far cry from today! 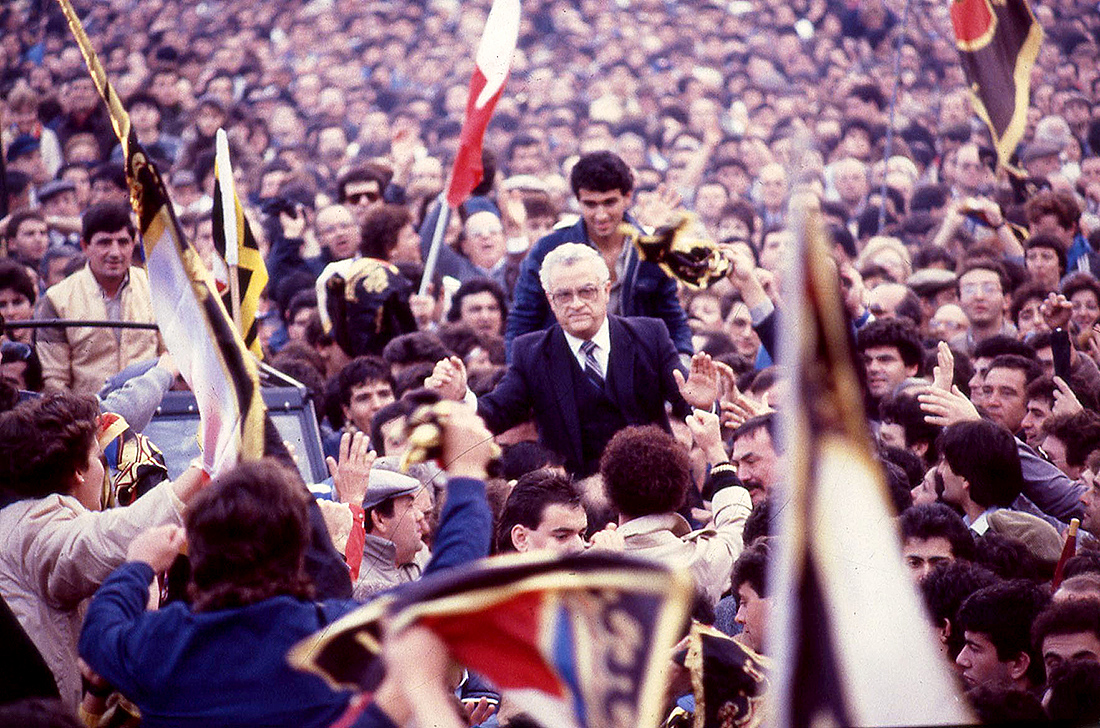 What distinguishes Eddie from many politicians is that he believed that there was one set of principles that you professed and that guide you. No compromises.

What was not so obvious was the simple fact that he really believed in what he said.  I have no doubt that he must have had his private moments of doubt but even in the darkest hours – of which there were so many, from the beating of his wife and ransacking of his house to the death of Raymond Caruana with so many, many other ugly episodes in between – he remained steadfast to his cry “is-Sewwa Jirbah Zgur”.  Slogans came and went with every mass meeting (we had so many of those thanks to the inventiveness of Louis Galea and the sorely missed John Camilleri) but “Is-Sewwa Jirbah Zgur” remained steadfastly there because it was Eddie’s unshakeable belief.

To say the truth not many of us were so sure he was right!  In the face of everything that was thrown at us, at the Maltese people in those days, this absolute faith that good will prevail was met by a lot of scepticism – it certainly had not prevailed in the 1981 election!  However, facts do not necessarily move faith and it is the faith in his core beliefs that kept Eddie going.  Whenever he faced a crucial decision – and many times he was alone or even in contradiction with the other top party people – he turned to his faithful “Sewwa” to decide; if it was right then it had to be done.  Again, I stress that I talk of the fundamentals and not about political positioning or strategic decisions that also affect the way a party is seen.

Of course, Eddie made mistakes but I do not think they were mistakes in the fundamentals of how he wanted to build a country anew or the change he wanted to see implemented in the way politics was done.   Those fundamentals critically included the vision he had for Malta’s future and the place that its people should rightly occupy in the European scenario.  Not everything turned out as he would have wished it to.  He also had his fair share of disappointments.  Both come with the role he played.

Eddie – there is really no other way to call him – changed Malta’s history.  He saved this country from itself and placed it in its rightful place.  There is no doubt that “is-Sewwa Rebah” – no doubt at all.