Edward Fenech Adami, popularly know as “Eddie” was born in Birkirkara, Malta, on the 7th February 1934, the son of Josephine Fenech Adami, née Pace, and Luigi Fenech Adami, a customs officer. The fourth boy in a family of five children his youth was marked by the Second World War and the political ideals and movements which evolved in the post-war era.

He went on to become the politician who changed the face of Malta once and for all following grim years of hard left Socialism and changing Malta from a democracy-deprived country to a full member of the European Union.

Eddie Fenech Adami graduated as a lawyer from the University of Malta and was called to the bar in 1959. He was a successful lawyer with a large practice in the civil and commercial law fields. He entered politics in the early sixties joining the Partit Nazzjonalista and eventually became President of the Administrative and General Councils, assistant secretary general, and editor of its newspaper Il-Poplu. He contested two unsuccessful campaigns in 1962 and 1966, becoming a Member of Parliament in 1969 and eventually its Leader in April 1977.

The years 1977 to 1987 were characterised by the extreme Socialist doctrine practised by the far-left prime Ministers Dom Mintoff and Karmenu Mifsud Bonnici. Thugs, corruption, beatings, harassment and imprisonment were the order of the day for those who opposed the Socialist regime of the day. In true Socialist fashion, the command economy run from the Prime Minister’s office was dependent on import controls and inevitable rationing and unavailability of the most basic everyday necessities, such as toothpaste and bananas. Internationally Malta’s friends at the time were Kim il Sung and Mao Tse Tung with the West being inevitably viewed with suspicion.

Eddie Fenech Adami was the bulwark and hope of all Maltese that aspired to a democratically run country inspired and practicing western and Christian values. 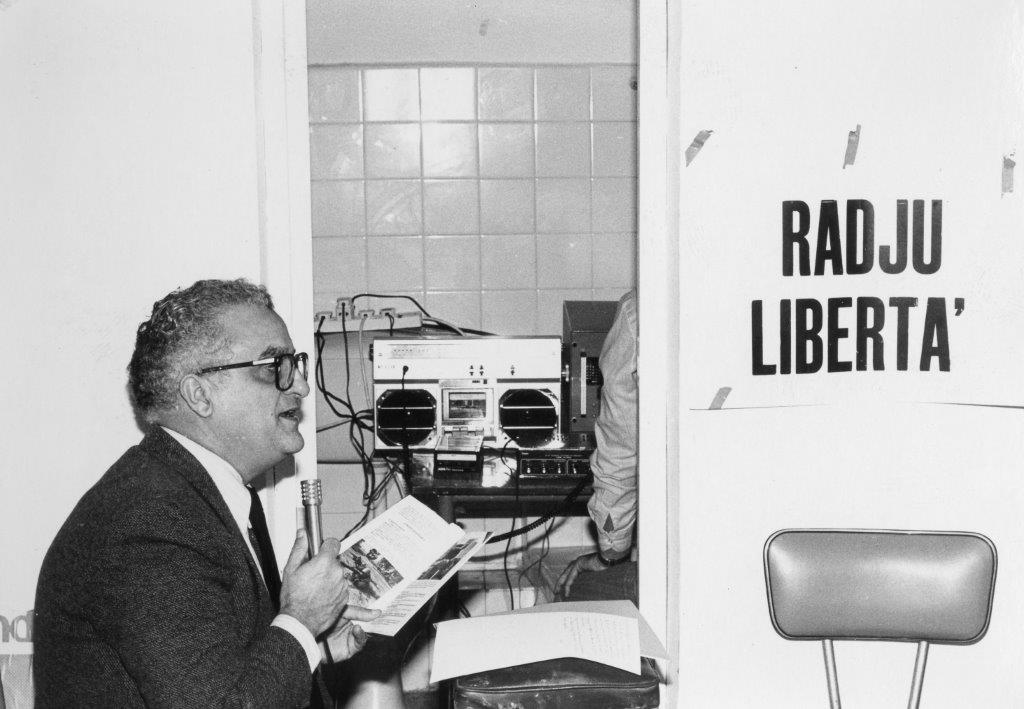 In 1981 the Partit Nazzjonalista led by Eddie Fenech Adami, won a majority of votes in a two party race but failed to obtain a majority of seats in a heavily gerrymandered election – this lead to five years of great unrest in Malta.  This included arbitrary arrests of Nationalist Party supporters, regular Police abuse during interrogation even leading to the death of a prisoner for which the Commissioner of Police was eventually found guilt in a trial by jury, the ransacking of the Catholic Church’s Curia, the banning of private schools, the banning of Nationalist Party meetings, the liberal use of tear gas to break up legal gatherings of the Nationalist Party and the gunning of a Nationalist Party supporter.  Eventually, in the next elections held in 1987 the Partit Nazzjonalista gained both a majority of votes and a majority of seats and Eddie Fenech Adami became Prime Minister for the first time.

Between 1987 and 1992, Fenech Adami ushered a major period of change in Malta. Foreign relations were expanded, with Malta starting its transition towards a modern European democracy. Under Fenech Adami, the islands steered a more pro-Western course. Investment in infrastructure was prioritised whilst telecoms, financial services and the banking sectors were prioritised. The Government took a secondary role in contrast to the private sector that was incentivised to invest more and create new opportunities whilst the privatisation of major Socialist enterprises were the order of the day.

Malta’s European Union application, which was put on hold by the previous Labour government, was reactivated and negotiations were concluded by December 2002. Fenech Adami successfully led the pro-EU movement in the 2003 EU membership referendum campaign, and won the successive election. He received the European of the Year 2003 Award from the influential Brussels-based newspaper European Voice in recognition of his unfaltering efforts to bring Malta into the European Union.

Fenech Adami resigned as Leader of the Nationalist Party in February 2004, resigning his premiership and giving up his parliamentary seat on 23 March 2004, thus becoming the longest serving Prime Minister since Malta’s independence.

Following his resignation as Prime Minister, Fenech Adami was appointed President of Malta on 4 April 2004. He served a five-year term, leaving office on 4 April 2009

He was married to Mary née Sciberras, who died in 2011. The couple had five children – John, Beppe (the Partit Nazzjonalista Deputy Leader), Michael, Maria and Luigi.